Why can’t my husband find his keys?

One great thing about living with someone for many years is the way you come to understand  which of their freakouts you can totally ignore.

When your new husband says to you in panic, “I can’t find my wallet!” Naturally you take on some of that stress yourself. You will probably stop what you are doing to help him search. After looking under the bed and in the dirty clothes hamper, you casually walk by the table where his wallet usually is. You see the wallet there, half hidden by a receipt.

For the next few years this happens. Every few months or so there’s a mild panic attack about some important item that has really gone missing this time.

When he is running late for work and says, “Honey, have you seen my folder? I need to take it to work today… I think I left it on my desk, but it isn’t there now. Did you move it?” You might, again, stop what you are doing and think about the folder. Have I seen it since yesterday? Did I move it? Maybe I moved it. Wasn’t it propped on the sink about to fall into the toilet? No, that was 2 days ago.

By now his search is more frantic. He’s starting to sift through things on the desk in between arm motions resembling those blow-up wiggly guys in front of a car wash. But, this isn’t your first rodeo and you don’t get so worried anymore. You collect your uterus, stand up, and walk into the office. You look around the room and within 45 seconds see the folder on his desk chair.

After about nine years of variations on this dance you have, without really working at it, honed your ability to discern which lost items are really lost and which are just lost-to-a-man.

“Honey, have you seen my water bottle?”

“Hey, Nonni. Do you know where I left the keys to the truck?”

“Did you move my parking pass, or did I lose it?”

There is a point about seven or eight years into a marriage where you realize your partner is not losing things on purpose. He is not leaving dresser drawers open to drive you insane. He is not leaving dirty clothes or trash on the floor as a test of your marital contract.

In fact, you realize (holy moly!) he does not see these items. Which makes you wonder, can he see the items? But for now, what a relief to know he is doing the best he can.

In fact, I really believe all humans are doing the best they can.

I know not everyone agrees with me. And I get it, sometimes people really suck. Realizing how horribly some people can act even though they are trying their best is what keeps life interesting.

However, giving people the benefit of the doubt can seriously cramp my style because I really like judging people. It’s one of my favorite hobbies. When I see a smug middle-aged whiteguy making a fool of himself in public, or a parent giving their baby coca-cola in a bottle my face lights up with judgment. It feels so good to finally have solid proof. I am not the worst parent in town!

Until I remember, all humans are doing the best they can. That parent with soda in the bottle has been tragically misinformed. No parent would willingly harm their baby. Maybe they are giving the baby cheap calories because they can’t afford groceries. Or maybe coca-cola signifies love and comfort to them, so they pass that on to their child.

How about a college-educated woman who was raised in a strict, patriarchal culture and votes against her own rights. She isn’t throwing in the towel. She is doing the best she can with the information given to her and her conditioned beliefs. No matter how frustrating and crazy-making this behavior is to me, I can not deign to change her mind until I understand her logic. The first step is to give her the benefit of the doubt.

Whether I’m watching my man try to find his shoes or hearing about many thousands of people who don’t want to be vaccinated, it serves me well to remember:

There’s a big difference between being ill-informed or ill-equipped and not giving a sh*t. 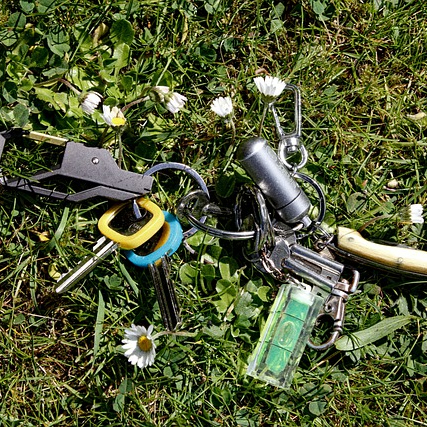 Advice for Living with a Disorganized Person

Brene Brown’s take on doing the best we can